Okay. I am about to read your mind. I am about to tell your future. Something Fitbit is coming your way soon. You just don’t know which is better to buy for your wrist and which better suits your lifestyle and fashion. Is it the stylish Fitbit Versa Lite, or will it be the more competitive and feature-packed Fitbit Charge 3?

For a while now, Fitbit has been taking over the wearable tech industry. They have even recently started to make waves in the smartwatch industry. If you would like to have a Fitbit on your wrist, you are like millions of people globally too. In this post, we will help you decide which Fitbit should stay on your wrist between Charge 3 and Versa. This post will cover everything you need to know about the wrist wearables as to whether or not they would suit you or your personality. We don’t just go out and come back with an expensive wristband. 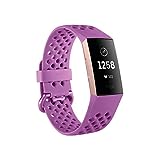 Just so you know, both have similar features but they also have distinct features. Something that one has over the other. It is that difference that would make you pick which to buy. Gadnets.com has never seen you, so this post will not tell you which you should pick. However, after you read this post, you would be able to choose the better Fitbit between the two even with your eyes closed. 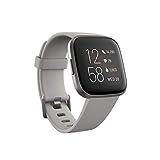 Now, we must look at why you must buy one of these two outstanding wrist bands over the other. Or you may need to look at a third opinion. This article is where we compared Charge 3 to Charge 2.

Let’s see the differences and similarities in a more straightforward way:

Now, we must explain these features so that you can understand the significance of each one and how they will affect you and your journey to overall fitness.

We have since been talking about similarities and differences that these two Fitbits have and all that. But that hasn’t solved your problem. You are trying to decide which of Fitbit’s newest devices is right for your wrist. Now is the time for a good Fitbit face-off.

If you have been following Fitbit in the past years, you would also be amazed at how beautifully Fitbit has worked on completely changing its design language. The Versa has a more human feeling in its design.

Because Charge 3 is more recent, it even has more beauty. In terms of design, these two devices are very different.

The first stark difference you would notice is that Versa is a smartwatch and Charge 3 is basically a fitness tracker.

When you wear the Charge 3, it looks as though you are merely wearing a bracelet. On the other hand (not literally the other hand), the Versa has a wristwatch style. The Charge 3 device is made to be worn for exercise and not to stan in the way of your fashion. Versa, hmm. I would not say the same.

They have many things in common though. Talk about waterproofing, a heart rate sensor and SpO2 sensor.

Another difference you would quickly notice in both devices is the availability of buttons. The Versa smartwatch works with 3 buttons to augment its touchscreen. Charge 3 has no physical buttons at all. In place of physical buttons, there is a haptic touch spot on Charge 3.

Both of the devices are waterproof. Wearing is also very comfortable. However, if you like to sleep with the wristbands on, Charge 3 is more comfortable when sleeping. The Versa feels like a bulky wristwatch when you begin to toss around on the bed or when you need to move your hand.

Whichever you buy, you can customize it. Both of them come in several colors and bands. You can change the entire look and feel of the Charge 3 by simply changing the bands.

To be candid, Charge 3 does much of what the Versa can already do. We have talked about the similarities between these devices.

The two devices have the same fitness tracking features. Now, neither of them can be used as GPS except when you connect them to relay your phone’s GPS. If you are in the US, you can buy the special edition models of each device, that will enable you to use the Fitbit Pay feature. Both devices have the new Fitbit feature that allows you swipe up to display a menu item that shows your daily info from the Fitbit app dashboard.

On both iOS and Android, both devices offer basic notification support from all your third-party apps. They allow you to quickly know when you get calls or messages. They work with some specific apps.

Both devices offer sleep tracking, and Charge 3 has a SpO2 sensor on hand. That means that you’ll also eventually get sleep apnea and atrial fibrillation detection once Fitbit enables these features. Fitbit promises to make these upgrades soon and they are already showing up in the recent versions of Fitbit trackers and smartwatches. As promised by Fitbit, you will be able to join Fitbit’s sleep score beta, which will let you see when you experience breathing interruptions while you sleep. As Gadnets.com puts this piece together, these features are not yet live.

When we tested these two devices side by side, they both passed our series of tests. If you would like to know more about how we tested, see here in the comparison of Charge 3 and Charge 2. In our testing, and some feedback from the experts we spoke with, and others, we found that some Fitbit Charge 3 wristbands out there have issues. They are not accurate enough. That might be as a result of some bug or something. We went online and found that there have been many bad reviews concerning this issue. Meanwhile, Fitbit has promised to look into the matter. There was a difference of 10bpm and less accurate changes during interval bursts. Aside from that, it gives accurate readings at low-intensity exercises.

Despite the fact that Charge 3 is smaller than Versa smartwatch, Charge 3’s battery lasts much longer than the battery of the Versa. The Charge 3 works for around 7 days on a single charge, while the Versa takes about 4 days to drain battery depending on how heavy you use them.

I basically think that combining the features of a smartwatch and a fitness tracker is what causes this difference.

In terms of battery life, the Charge 3 wins. Therefore, if you travel a lot or maybe you don’t want to constantly worry about charging, you might consider buying the Charge 3.

When it comes to the price, we see that the Charge 3 is more affordable than the Versa. Charge 3 is sold at around $150 while the Versa comes in at $200.

Well, if you come to think of it, you can wear the Versa as a watch on any outfit. However, if you don’t want people to ask you questions about wearing fitness trackers, you might want to use Charge 3 as a bracelet and use a wristwatch.

For the Versa, you’re getting apps and a bigger, square-ish screen. It is Fitbit’s full take on a smartwatch, rather than a fitness tracker intended to focus on fitness.

Talking about their affordability, you might want to look into their accessories. The Charge 3 bands sell from $29 and go up to $50. The Versa, on the other hand, goes up an extra notch to $100. The Versa bands have metal link bracelets.

Fitbit has made it more difficult to choose between the Charge 3 fitness tracker and Versa smartwatch with the premium features they both have.

It all comes down to this. For people who love the aesthetics of wearing and using a smartwatch, with features like an app store, Starbucks or even music services like Pandora and Deezer, you should go with the Versa and not look back.

However, if you think you are all about keeping fit, you may not need those apps. You may not even want to have a watch-like fitness tracker on your wrist. Then you should definitely buy the Charge 3.

We’ve covered some of the differences in the previous sections, and the biggest tradeoffs for most people will be price over design.

But there are some others worth considering if you have not yet made a choice. Here’s a brief overview of some notable variations between the Versa and the Charge 3.

Fitbit OS: Available only on Versa. Only Versa can download apps like Pandora and Starbucks, and have provision for Music playing and storage.

Sensors: Charge 3 has a SpO2 sensor that will enable sleep apnea and atrial fibrillation detection, and other features in the future.

Those are the primary differences that you would get if you look beyond the surface. So unless any of these differences are especially compelling, you’re back to deciding based on budget, design, or for the want of a smartwatch or the want of a fashionable wristband.

What is better Fitbit Charge 3 or Versa?

Well, to answer this, I would ask you to read back the subsequent segments. Fitbit Charge 3 is excellent for any fitness enthusiast who would love to get more than just fitness tracking. Versa smartwatch is for everyone who loves to wear a wristwatch everywhere and still track their fitness on the go. Which is better, is a personal question to answer based on your own demographics.

What’s the difference between Fitbit Charge 3 and Versa?

If you haven’t read this article from the start, you would find the answer to this easily. The most significant difference between them is that the Fitbit Charge 3 is a slim and stylish fitness band, while the Fitbit Versa Lite is a smartwatch. The smartwatch has a larger face and lots of apps that you can download, Charge 3 is merely a fitness tracker.

Is the Fitbit Charge 3 worth buying?

For now, the Versa and Charge 3 are the best of Fitbit. Both of them offer stylish designs and an array of health and fitness features that provide nearly everything that any person could ever need. Yet neither of them has in-built GPS systems but they can connect and relay your smartphone’s GPS. And both are water-resistant to 50 meters.

Between the design and purpose differences, I believe that you now know which one will work best for you!

Ganets.com will love to read and answer whatever questions or suggestions you have about this comparison. Please use the comment section. Please remember to share this information with your friends because you find it useful.